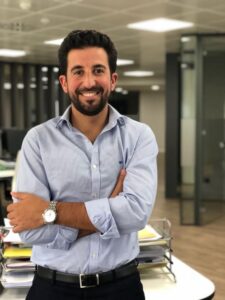 When we talk about SOCIMI and EDAV, we are probably referring to the two main Spanish legal entities aimed at real estate investment for subsequent leasing. Although it may seem paradoxical, both figures may be much more interesting, from a tax point of view, for foreign investors than for Spanish investors. The purpose of this paper is to summarise in a schematic way the main requirements and characteristics of both

SOCIMI stand for “Sociedades Anónimas Cotizadas de Inversión en el Mercado Inmobiliario” and the idea behind their creation in 2009 was to replicate the REIT (Real Estate Investment Trust) regime in other countries. SOCIMI are regulated by Law 11/2009, of 26 October, which regulates Listed Public Limited Companies for Investment in the Real Estate Market (hereinafter, the “SOCIMI Law”), and are designed for the acquisition, development and refurbishment of urban real estate for subsequent leasing.

There are two main tax benefits or incentives for SOCIMI:

– A 95% rebate on Spanish Transfer Tax and Stamp Duty (ITPAJD) payable on the acquisition of the properties to be acquired for rental purposes.

– As a result of the above, and at least in Spain, they must have the legal form of a public company.

– There may be only one class of shares and these must be nominative.

– Depending on the market on which they are listed, a minimum number of shareholders and a specific free float percentage will be required.

C. The real estate that forms part of the SOCIMI’s assets must have been leased for at least three years. Real estate that has been or is being offered for lease will be taken into account, with a maximum of one year.

D. As SOCIMI are taxed at 0% Corporate Income Tax, there are requirements for the distribution of their profits:

– 100% of the dividends received by the SOCIMI from its shareholdings in other entities must be distributed.

– At least 80% of the remaining profits obtained, including the profits generated by the lease of the properties, must be distributed.

Pursuant to Article 9.4 of the SOCIMI Law, SOCIMI will be subject to a special corporate income tax rate of 15% on the amount of the profits obtained in the year that is not distributed, in respect of the part of the income that has not been taxed at the general Corporate Income Tax rate or income subject to the three-year reinvestment period mentioned in the previous section.

One of the keys to assessing whether the use of SOCIMI is fully efficient is to analyse the tax implications for their shareholders or investors. Without going into a detailed analysis of these implications, which would entail a study of the type of shareholder (individual or legal entity), country of residence, percentage shareholding, taxation in the country of residence, etc. I will explain what, in my opinion, is the most important implication which is, as I mentioned at the beginning, the reason why this type of entity may be much more interesting for foreign investors than for Spanish investors.

For those shareholders of SOCIMI that are other Spanish companies taxable in Spain for corporate income tax purposes, Article 10 exempts them from the exemption of Article 21 of the Corporate Income Tax Law. This exemption, as is the case for many other countries, is one of the most important in the Spanish tax system and, in short, it means that those companies that pay Spanish corporate income tax and hold a stake of at least 5% in other companies (such as a SOCIMI) and maintain it uninterruptedly for a specific period, will be exempt from taxing 95% of the dividends and capital gains they receive from these other companies. However, by exempting this exemption, a curious situation arises and that is that SOCIMI shareholders who are foreign entities can obtain better taxation than that received by a Spanish shareholder.

EDAV stands for “Entidades dedicadas al Arrendamiento de Vivienda”. Their regulation and benefits are set out in articles 48 and 49 of Law 27/2014, of 27 November, on Corporate Income Tax and in article 91.Dos.1.6º of Law 37/1992, of 28 December, on Value Added Tax. Companies that may benefit from this tax regime are those whose main economic activity is the rental of dwellings located in Spanish territory that they have built, promoted or acquired.

The tax incentives for EDAVs are also basically two:

– A 40% rebate on the part of the gross tax liability corresponding to the income derived from the rental of dwellings that meet the requirements that we will see. In other words, 60% of the income from this activity will be taxed at a rate of 25%.

– Application of a 4% VAT rate on the purchase of housing. This represents a significant saving, as these types of entities carry out a VAT-exempt activity and, as a general rule, the VAT they pay is not deductible.

– There are no requirements as to the legal form, being either a Limited Liability Company or a Public Company, which are the two main types of company in Spain.

– The number of dwellings leased or offered for lease, in each tax period, must at all times be equal to or greater than 8.

– The dwellings must remain rented or offered for rent for at least 3 years. This period will be counted from the date of commencement of the tax period in which the option of the system is notified, if the dwellings were previously owned; or if they are acquired subsequently from the date on which they are first leased.

– Property development and rental activities should be accounted for separately for each property in order to know the income corresponding to each dwelling.

– It is possible for EDAVs to carry out other activities in addition to property leasing, but at least 55% of the income for the tax period, excluding that derived from the transfer of the leased property once the minimum period has elapsed, or, alternatively, at least 55% of the value of the asset, must be likely to generate income that qualifies for the EDAVs’ corporate income tax credit.

As with SOCIMI, one of the most important aspects of EDAV is the impact or tax regime for their shareholders or partners, as it may not be entirely attractive to investors.

This limitation creates a dichotomy for Spanish investors, which are other companies and could apply Article 21, as to whether it is worthwhile for them to apply for the EDAV regime or not. In other words, it may be more interesting to have an EDAV in practice but not to apply for the EDAV tax regime. It will be a question of assessing, taking into account the characteristics of the investors and the operation, whether it is in their interest to forego the EDAV tax incentives and thus not be subject to the EDAV requirements in exchange for being able to apply Article 21 without limitation.

As we have seen, both SOCIMI and EDAV offer attractive tax exemptions and rebates, but they must be studied from a global point of view, analysing in detail all the repercussions they could have on the shareholders and whether it would be worthwhile for them and the company itself to be subject to these regimes or to operate by “waiving” the regime that might apply to them depending on their size and activity. 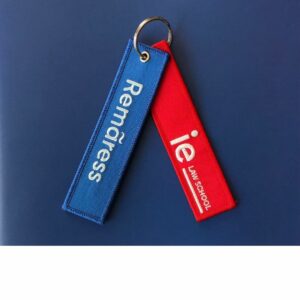 IV EDITION OF THE #MuEBT PROGRAM 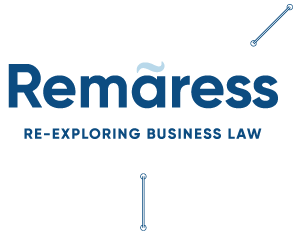